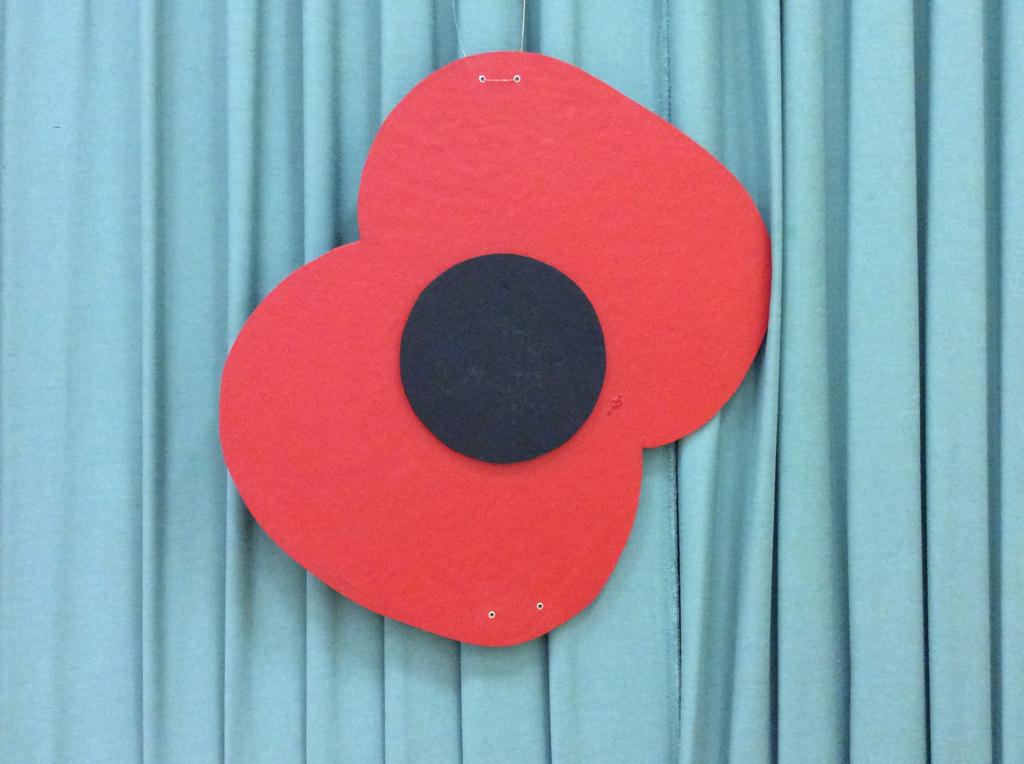 Chesterton Community Sports College and the local Primary Schools presented 'A Concert of Remembrance' on 26th November. The sell out concert featured music, poetry and drama and honoured the war heroes of WW1 and WW2, especially those that were local to the North Staffordshire area.

There was an air of eager anticipation in the packed school hall as Churchfields Primary School Choir took to the stage to open the concert with  'When You're Smiling'. This was followed by a humorous Blackadder style sketch about the War performed by GCSE History students and directed byMr L Mackin, Assistant Leader of Humanities.

Chesterton Primary School performed a medley of favourite songs from the WW1 era entitled 'Bless 'Em All' and Crackley Bank Primary gave a heart felt rendition of 'Let It Be'. Bursley Academy choir sang a rousing version of 'Take Me Back To Dear Old Blighty' and St Chad's Primary performed the song 'Wear A Poppy Today' which emphasised the importance of remembrance. All the primary choir performances were excellent and the children were a real credit to their schools.

Senior students from CCSC performed a literary reading of 'Anthem for Doomed Youth' and war poetry readings including 'Dulce et Decorum Est' and 'In Flanders Fields' and these were arranged by Head of English, Mrs K Melvin.

The concert items were interspersed with speeches from 'Testament Of Youth', the war memoirs of local writer Vera Brittain who was born in Newcastle. These were performed by Year 10 students Lucie Moss, in character as the nurse, and Jacob Walton as her soldier fiance.

A highlight of the concert was a performance of a specially commissioned award winning song, based on the war experiences of the Staffordshire Regiment, through the eyes of a young soldier, 'Private Albert Timpson'. This fabulous piece was composed by peripatetic guitar teacher Ms Anji Hollinshead - Bland and performed by the CCSC senior choir accompanied by the school ukulele band.

The solemn moment of remembrance in the concert included the 'Last Post' played by Alisha Bourne of Year 10 whilst the names of local war heroes were projected onto the big screen. The was a reverent and hushed atmosphere amongst the audience and performers as all ages came together as a community to honour those who had fallen protecting our country.

The evening concluded with a rousing performance of wartime favourites; 'It's A Long Way To Tipperary' and 'Pack Up Your Troubles' by the massed choirs of Churchfields Primary, Chesterton Primary, Bursley Academy, Crackley Bank Primary, St Chad's Primary and CCSC. In the final verses the 380 strong audience also joined in with a chorus that raised the roof. The musical items were directed by Head of Performing Arts, Ms K Flavell, and the school band played brilliantly throughout the show.

In the foyer there was an exhibition entitled 'Peace And Poppies' with artworks from the local primary schools and the school hall and stage were decorated with poppies created by the Technology Department. Earlier in the month staff and pupils had supported the British Legion Poppy Appeal and many of the performers wore their poppies.

There was a leading article in The Sentinel Newspaper on Thursday 27th November about the Remembrance Concert.

Mrs L Jackson, Executive Headteacher, said: "The concert was wonderful, striking just the right note and the high school and primary schools really came together as a community to mark the 100th anniversary of the start of WW1."

A gallery of photographs from the Remembrance Concert can be seen below. Please click on an image to enlarge it.