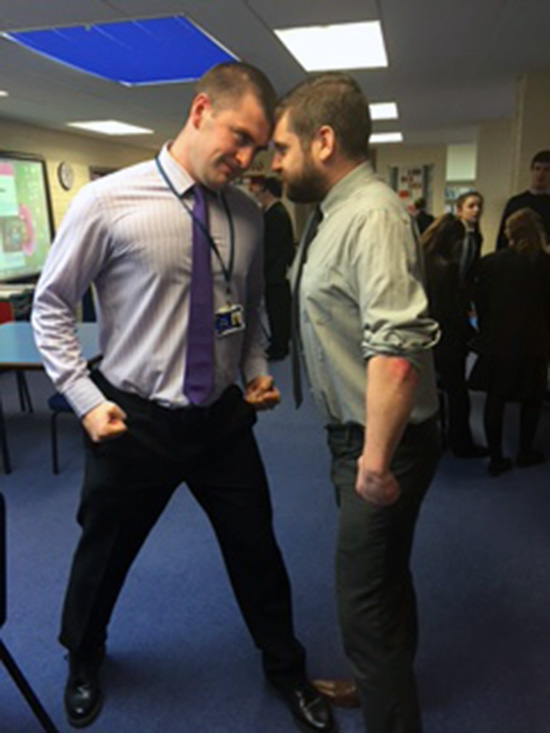 The end of the spring term saw the conclusion of a tournament organised by the members of CCSC’s chess club. Both students and staff were invited to play for bragging rights amongst their peers, many keen members of the club desperate to notch a win against their favourite teachers.
The competition was held in good spirits with experienced chess players offering a sharp learning experience to those willing to try their hand at a new activity. Running in the school library during Wednesday’s chess club, the tournament took a number of weeks to meet its conclusion, with the semi-finals each consisting of a staff vs pupil pairing. Congratulations to Tom Xioutas and Matthew Chau (both year 11) on making it past a host of competitors to place themselves at the top of the cohort.
Unfortunately both semi-finals ended in crushing defeats for the students, setting up a grand final match between Mr Mackin (boo) and Mr Cartlidge (yaay), and a runners up final between Tom and Matt. The finals were played in front of a capacity crowd with an intense, nail-biting atmosphere.
Further congratulations to Matthew Chau and Mr Cartlidge for winning their respective matches, and being crowned chess champions 2017.
Special thanks go to Matthew Chau and Conor Lambert for their help with the weekly running of chess club and their hard work in organising the recent chess competition. As their duties diminish with the upcoming exam season; we wish the boys all the best in their GCSEs.
Mr Powell
View the embedded image gallery online at:
https://ccsc.staffs.sch.uk/index.php/news/425-ccsc-chess-championship-2017#sigProId02c9320778